After 2000 years, it’s finally time to fix the recruiting industry

Recruitment has been a necessary activity for thousands of years. But not much has changed since then. 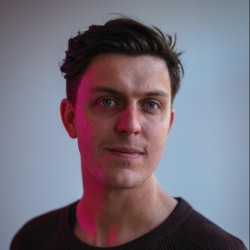 “Man, recruiting sucks”, my co-founder, Tristan exclaimed as we both came up for air talking about Scout (later, Troopl) — which at this point, was in its early ideation phase. I sat back in my chair, somewhat exasperated myself and indicated that I agreed wholeheartedly. This was the outcome of many long conversations between the two of us, and so many others we spoke to. More on those later. But let’s go back a long way further than that.

Recruitment has been a necessary activity for thousands of years. It was in 55BC that Julius Caesar was smart enough to realise that nobody would be better at finding a bunch of able-bodied gentleman to become soldiers than a bunch of able-bodied gentleman who had become soldiers. He offered them 300 Roman Sestertii for each successful referral. This payment represented thirty percent of a soldier’s yearly salary, quite a handsome sum. Thus, the first ever large-scale internal employee referral recruitment program began.

Not knowing much about what it would take to join the Roman army, I would hazard a guess that four limbs and a heartbeat were among some fairly simple requirements. But as our societies grew more complex, the search for more advanced skills needed an innovation that is often credited to none other than Leonardo da Vinci. Leo, as we know, has a fairly long list of accomplishments but apparently nobody had thought of listing them in any formal manner. So in an effort to land a job with the Duke of Milan, he created his very own Curriculum Vitáe, or CV, around 1482. I reckon he probably got the job too.

Fast forward a few more centuries to a gentleman named Henry Robinson who, in 1652 proposed an ‘Office of Addresses and Encounters’ to function as the first ever employment agency. The idea didn’t catch on in any meaningful way until the twentieth century when employment agencies became necessary to fill vacancies made by soldiers shipping off to war. After the second World War, these agencies then helped veterans find gainful employment. CVs by this point had evolved to read pretty much like a driver’s license: age, height, and marital status were the key features.

So it’s clear that there’s been loads of evolution in the recruitment space since Caesar needed his soldiers. CVs are no longer pieces of paper, but graphical summaries capable of conveying loads of information about an applicant. It’s now as easy as clicking a few buttons, filling out a few online forms, and hitting ‘submit’ to apply for jobs that would never have been available to you in the past. Recruitment agencies now have access to loads of applicants the world over making finding the perfect job candidate an absolute certainty. Right?

Take a minute to think of your average recruitment experience. Now for some of you, the idea of reflecting honestly on your experiences with recruiting can make you shudder. I know it can. But the hairs on the back of your neck standing up for a lot of reasons. From gawking at unrealistic experience required (a great example below), to trying to decode the cryptic salary offering. Maybe you had to practically re-write all the information on your resume to complete a ‘streamlined’ application process, only to sit another test with no basis in modern science (sorry to break it to you, any fans of Myers-Briggs). And what about the recruiter who, after thanking you so much for your time on the phone just now, simply ghosts you like a new partner who didn’t like your idea of getting matching tattoos. Now realise that if the average recruitment experience sucks that bad, half of all recruitment experiences are worse (maths).

Let me now go back to this particular conversation between Tristan and myself. As two Australians, we have a tendency to get a little carried away in conversation. We both shared examples in our careers of fairly shady encounters with traditional recruiting practices. They included some of those briefly mentioned above. But when we paused to think about the positive moments, we realised they all had one thing in common — they came from somebody in our professional network we trusted. For all of the advancements and innovations in the recruiting industry over the past millennia, none seemed to be so consistently effective or positive in their outcomes as a personal referral from a trusted colleague.

Following this conversation, we started talking to anybody we could about their experiences in recruiting. Everyone we spoke to — candidates, hiring managers and business owners, even recruiters themselves — told us the good, bad, and ugly they’d experienced in the past. It became clear that for companies, the standard practices of recruitment today result in an overwhelming number of applications that take up precious time to consider. There’s simply no guarantee the right choice has been made, and they spend loads of money, all the time. For candidates, they can expect an experience to feel impersonal, biased, wasteful, and unfair.

So that’s why we started Troopl, an online platform of trusted industry professionals referring the perfect job candidate. We committed to improving the recruitment experience for companies and individuals.

If this resonates with you, learn more at www.troopl.com

The link has been copied! Want to be featured in the Amsterdam Founder Series?